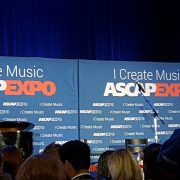 I just came back from an extended weekend in L.A. where I attended the 2016 ASCAP EXPO. I was pretty incredible!

Some of the music artists there were Pat Benatar and her husband Neil Giraldo, Rob Thomas from Matchbox 20, Timbaland, Paul Williams (who I road in the elevator with), Melissa Etheridge, Desmond Child (who wrote Living on a Prayer and Angel for “Arrow Smith”), Suzanne Vega, Brett James (wrote Jesus Take the Wheel for Carrie Underwood along with songs for Kenny Chesney), Brian McKnight, Kevin Kadish (It’s All About That Bass), Charles Kelley (Lady Antebellum) and many others.

I met a lot of good folks and was great to be in a total supportive environment for songwriters. They covered everything, from writing techniques to recording and selling. It’s a whole different world down there, these writers are pumping out the songs everyday and there is all kinds of buzz around it. On the first night they had a songwriter in the round performance in this club, with Desmond Child, Brett James, Kevin Kadish, Suzanne Vega and Rob Thomas. It was the coolest experience. There was this comradery because we were all songwriters. We sang along with the songs like they were are own. I’ll never forget it! 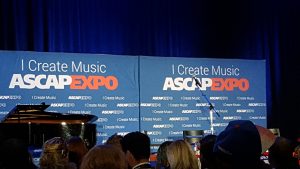 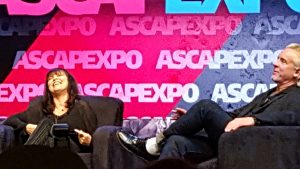