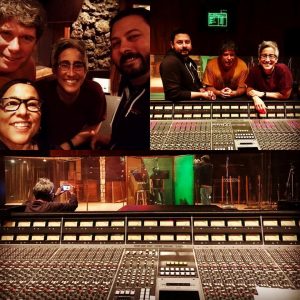 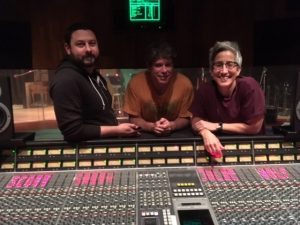 Hey, I’m the album of the week on Blues and Roots Radio. Yeah!

Simple vocal melodies combined with engaging and intricate instrumentals, with a tinge of blues, make the perfect recipe for music you will love to remember and discover.

This is a Swedish publication

On the cover of the cd “The Sum of Life”, the debut album by the Americana blues rocker Scott Smith

From San Francisco, is none other than God at the wheel of a Cadillac- Convertible from 1967, something many of us also probably would like to do while we’re on the bvb. ‘ Route 66’ may rapture.

Enough reamed about unrealistic and unattainable and so but quickly back to reality and the 11 songs that Scott Smith for this new album has composed. He mixes on this handsome way music genres such as Americana, blues and country in each other, giving his plate quite varied and soft sounds.

The album title track “The Sum of Life” (see video) is only instrumental song on this cd and is carried by two acoustic guitars played by Scott Smith and Nina Gerber, while Jeff Martin on Acoustic bass guitar and plays the violin of David LaFlamme of the rock band ‘ It’s a Beautiful Day’ from San Francisco to star In this stylish and soothing track.

Therefore only ten songs that also some more of instrumental support. That ‘ road trip ‘ through the songs starts with the energetic blues rocker “Eclipsing Moon”, followed by “Blues Guitar Slinger”, two tracks in which the sound of Stevie Ray Vaughn and/or Tony Joe White. In between we get also the smooth rocking country “Payday”.

“Bad Dreams” and “The Best Gift” are more traditional-sounding folk songs in which the violin of David LaFlamme pops up again in the foreground. Gailene Elliott brought it together with singer honkytonk number “The World Is Strange” and the ripping guitar rocker “Over It Soon” are the last two notable tracks from “The Sum Of Life”, a remarkable debut album by Scott Smith.

Emotion comes from the thoughtful and sometimes poignant lyrics that tell story after story.

Indie Music for the Unaffiliated

Scott Smith takes us on a musical road trip through his vinyl collection and pays his respects to those who made him want to pick up a guitar to begin with.

Singer/songwriter Scott Smith returns with his new album titled “Down To Memphis.” It features five tracks that help solidify Scott’s status as one of country music’s fasting rising stars.http://jpsmusicblog.blogspot.com/2016/12/cd-review-new-music-from-joey-stuckey.html

Down To Memphis, a 5-song EP that is sure to put Smith on a collision course with independent music success. Similar to a Johnny Cash or Elvis, Scott… Read more here