Singer/songwriter Scott Smith returns with his new album titled “Down To Memphis.” It features five tracks that help solidify Scott’s status as one of country music’s fasting rising stars.http://jpsmusicblog.blogspot.com/2016/12/cd-review-new-music-from-joey-stuckey.html

Down To Memphis, a 5-song EP that is sure to put Smith on a collision course with independent music success. Similar to a Johnny Cash or Elvis, Scott… Read more here

Finally from the Bay Area comes the debut album, “The Sum Of Life” from singer/songwriter Scott Smith. Smith invited some legendary musicians to help him accomplish his goal of producing a timeless album. Beginning with the title-song, “The Sum Of Life” is a gentle, acoustic instrumental that invites you in to experience the full range of what Smith has to offer. He picks the tempo up with the bluesy rocker “Eclipsing Moon” and the country swing of “Payday” to showcase his musicianship.

The old school, Americana sounds of “Bad Dreams” and “The Best Gift” are highlighted by David LaFlamme (It’s A Beautiful Day) on violin, who gives the songs an authenticity. The new eleven-song release finishes up with the guitar/piano boogie of “The World Is Strange” and the dirty blues rock of “Messing With Reality.” To find out more about Scott Smith and his latest release “The Sum Of Life,” please visit scottsmithband.com. 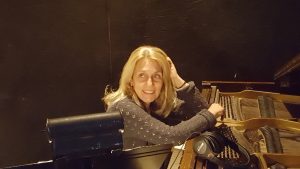 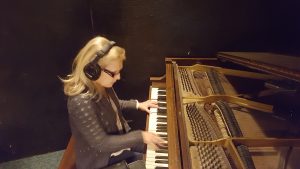 Giovanna Imbesi was up a few weeks ago to work on the new album of “The Joy of Cooking” and we were able to have her perform on a few songs for my album. She played on many of the song on my first album and it great to work with her again. It’s amazing to have such accomplished artists work on my project. Giovanna has played with Yanni and Andy Summers.

Here are so pictures from the session. 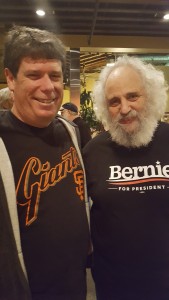 This is from David Grisman’s CD release party last night at the Freight and Salvage in Berkeley. It was a great show, with

a guest appearance from Mike Marshall for the encores. David considers his new album (David Grisman Sextet) to be

some of his finest work. It was recorded and mastered here in Sebastopol at Studio E. David plays on a song I wrote about

the Grateful Dead called Skeleton and Roses on my upcoming album. It won’t be out for a year or so but you can listen to

a solo acoustic version on a KOWS radio interview which is on my website. www.ScottSmithBand.com

I volunteered at the Steve Seskin show last night. He has written songs for Tim McGraw among others. It was so inspiring, these guys are such good writer and performers. I got a chance to meet them and give them copies of my CD.